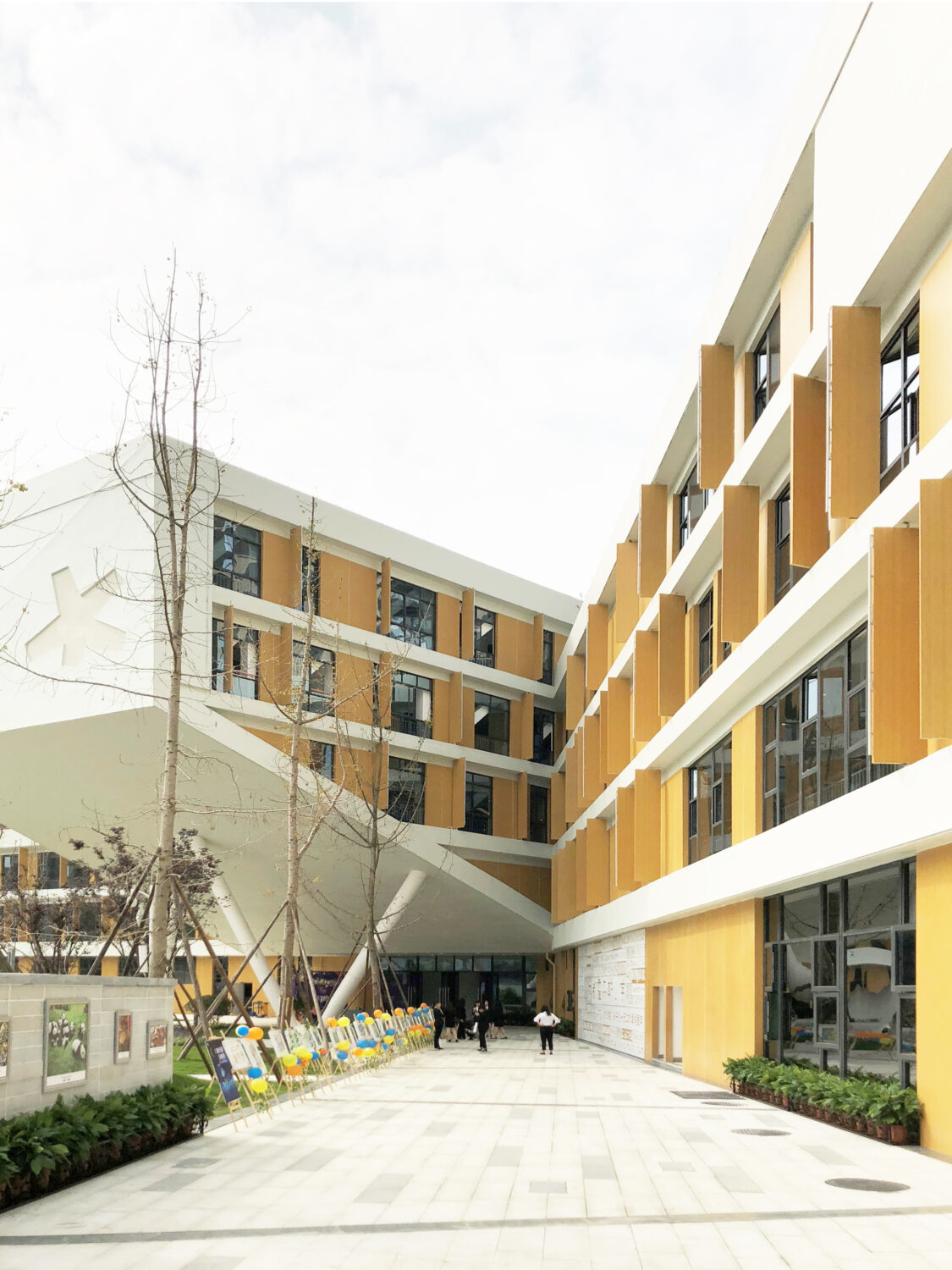 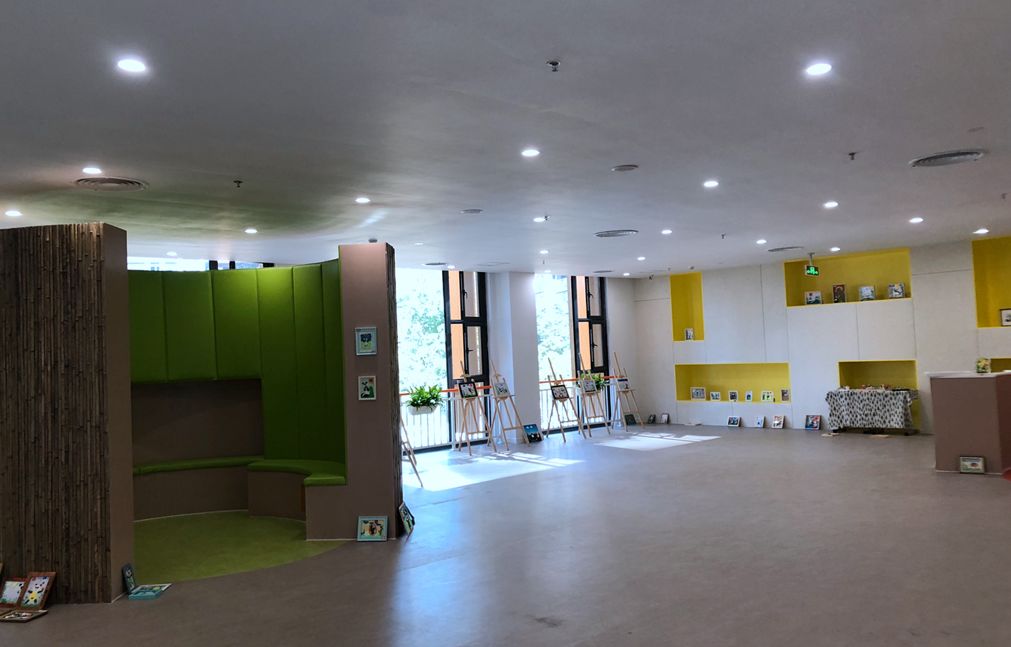 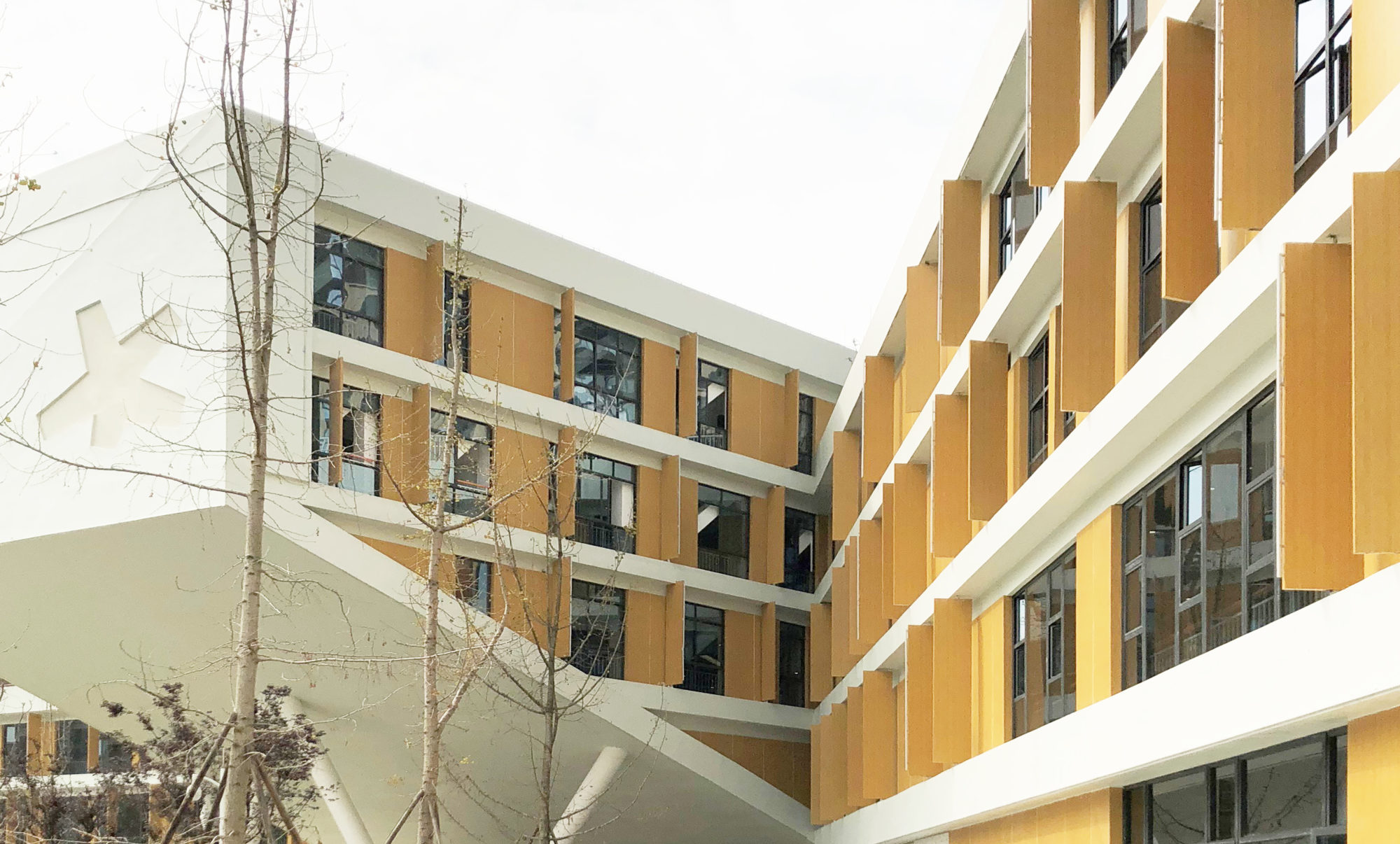 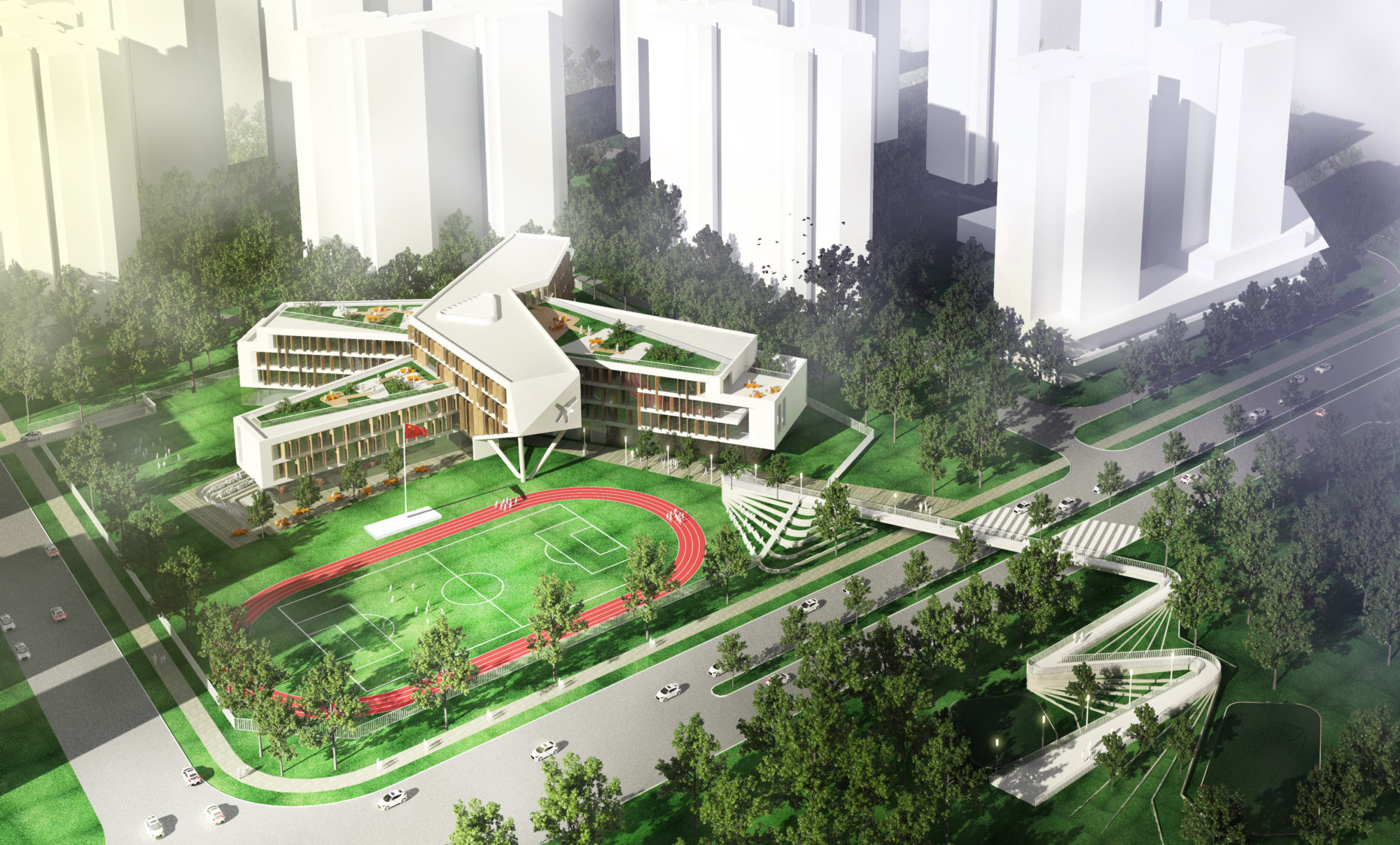 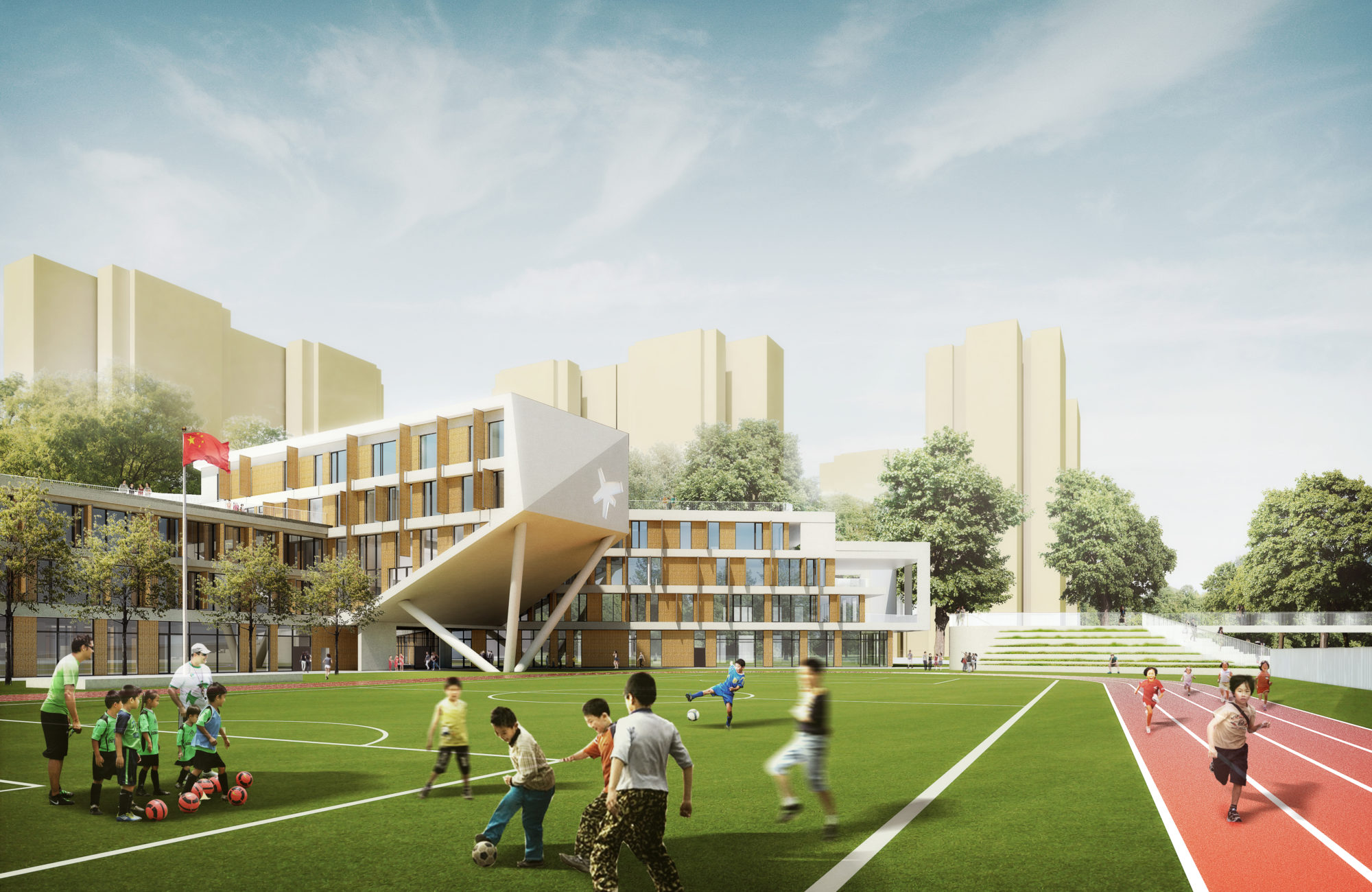 Danish school building in Chinese context
All around the world, there is a great deal of attention towards Nordic educational architecture and Danish pedagogy – such as for example; how school buildings are used as public cultural centers or the transition to teaching based on understanding 21st century skills.

The new international elementary school in the Hi-Tech Zone, Chengdu, represents a unique fusion between Nordic architecture, Danish pedagogy and Chinese culture and traditions. Horsens International Primary School is listed in a brand-new district and as part of Chengdu Century Park, as the closest neighbor to 2,000 new high-end homes. The eye-catching star-shaped building is an international landmark for the area.

RUM has designed the new elementary school in a close collaboration with Horsens Architects. The assignment was founded in a good relationship between Chengdu and Horsens, Denmark. As part of the design process, RUM had several speeches on trends in Danish classrooms and has visited several newer schools in Chengdu. Also, as part of the design process, RUM organized user interaction through mini workshops with participants with different interests. Through a close collaboration with designers and users, we developed a new and open school, with a high level of transparency and wide variation in the learning environments. 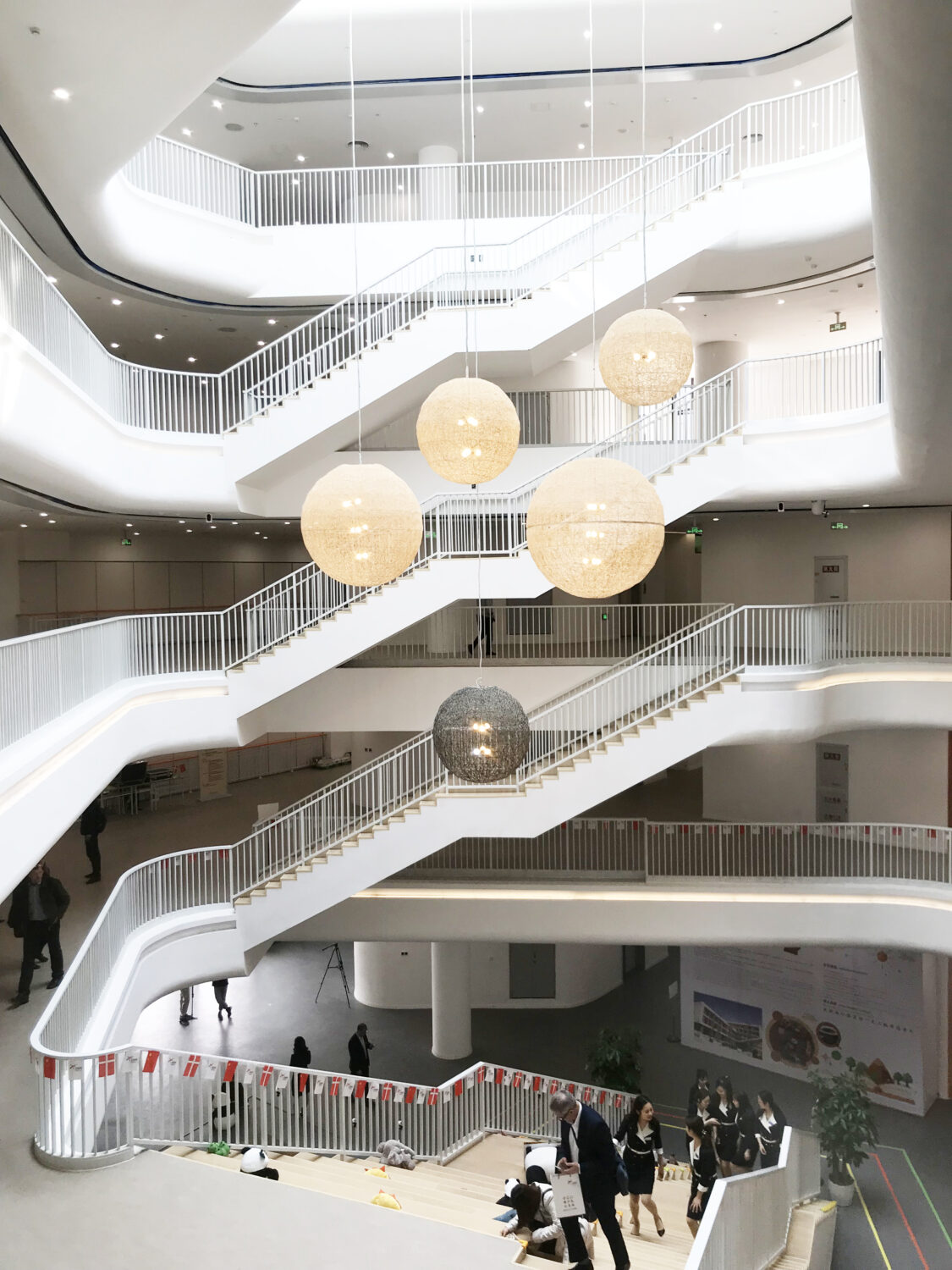 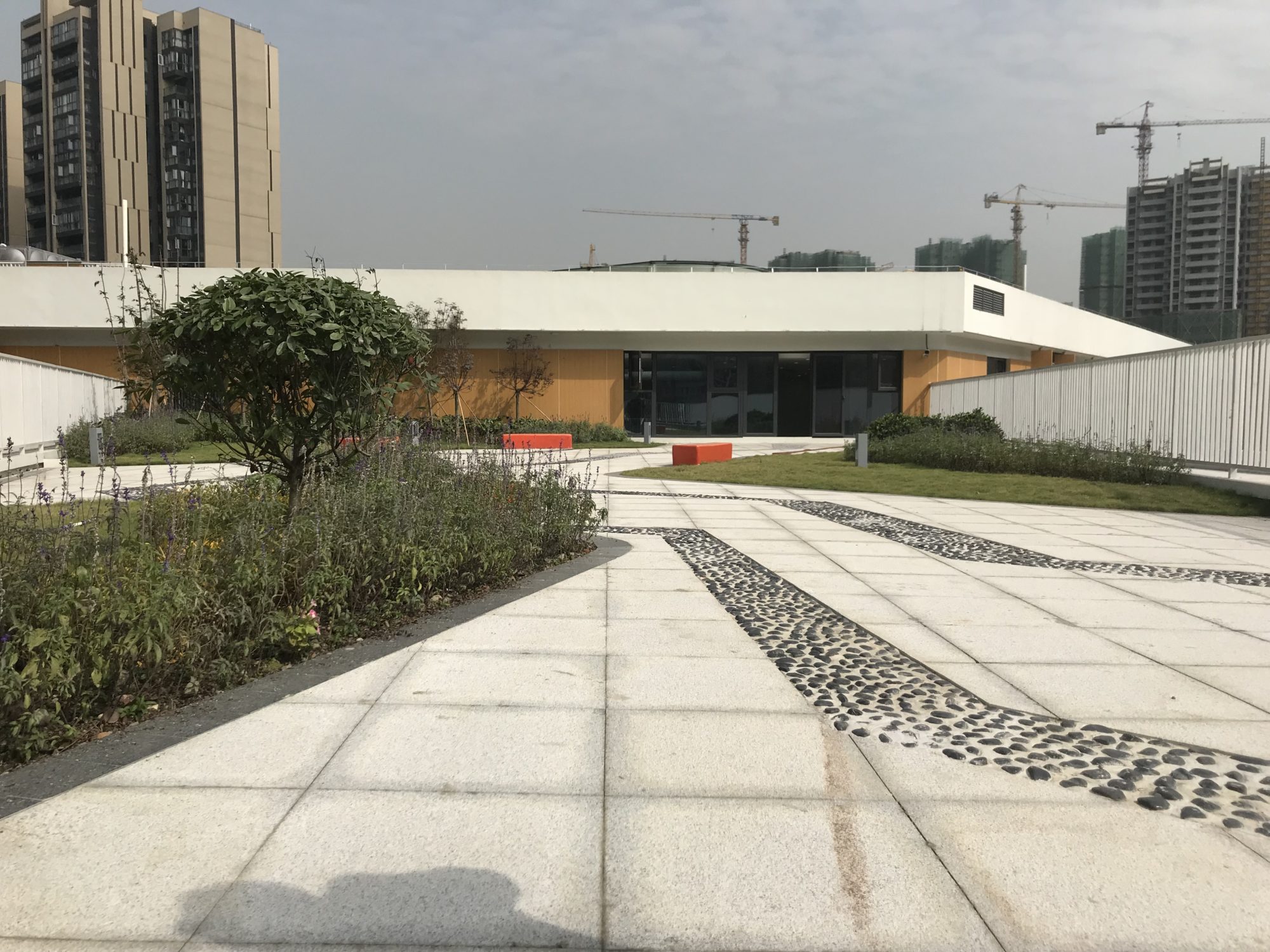 The designing of the school is based on Danish educational principles in relation to the latest knowledge of architecture and learning. Compared to traditional Chinese school building, this means significantly more open indoor areas where the children can be together in both teaching situations and in recreation areas. The openness has also meant that the school library has now become an open learning space.

The 19,000 m2 school has classrooms, large auditoriums, a library, a canteen and indoor sports hall, which all of it reveals into clear shape of a star. The center of the star is the core of the school from which the school’s functions and smaller groups spread out into the “arms” of the star. We have worked with storytelling and integrated several HC Andersen stories- for example the story of ´´The Ugly Duckling´´ which is expressed in the large changes in the atrium. 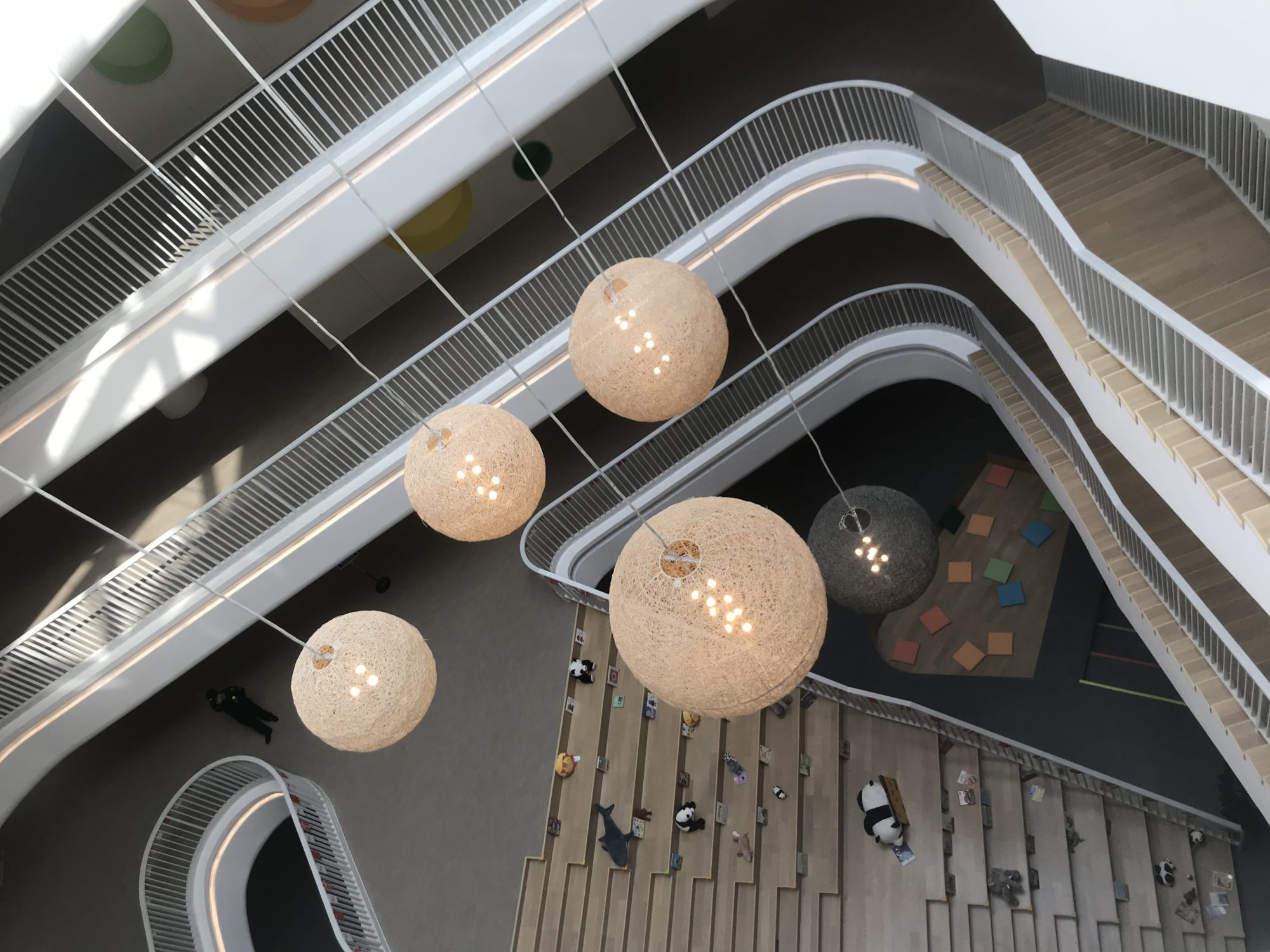 Differentiating learning styles inside and out

Outside, a large racetrack and athletics area gives opportunity for physical exercise, whereas new school gives a way of educating trough classes and shared spaces, giving and space for many ways of learning.

RUM in collaboration with Horsens Architects has designed a new kindergarten in Chengdu. The kindergarten is built in the same area, and it is designed as a ´little brother´´ to Chengdu Horsens Primary School. 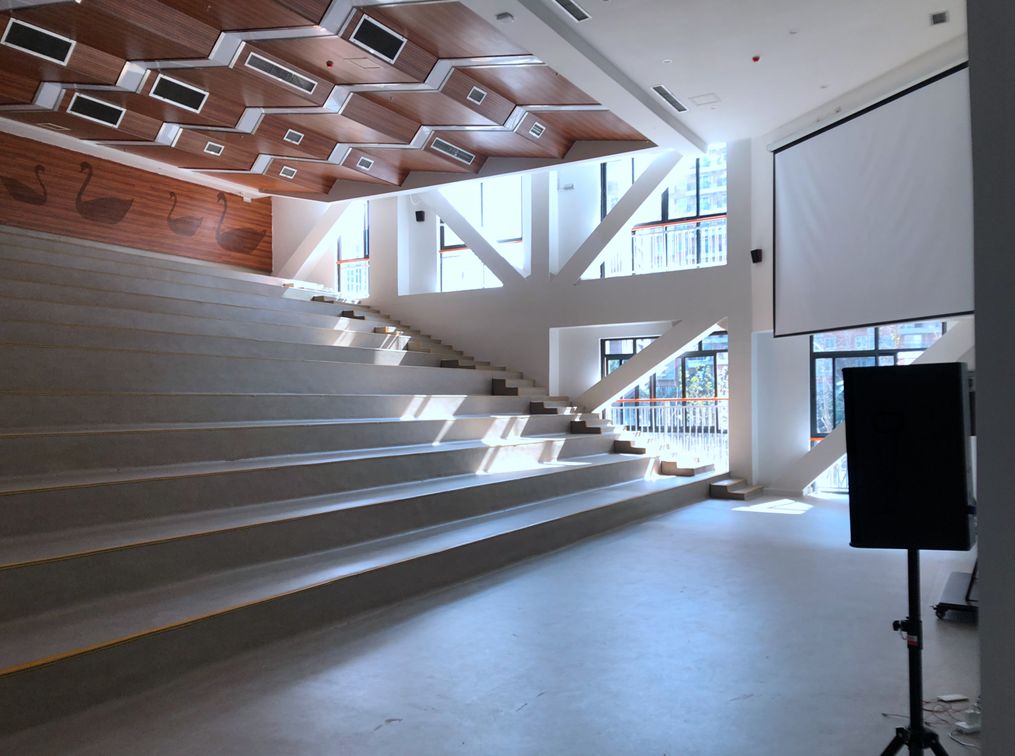