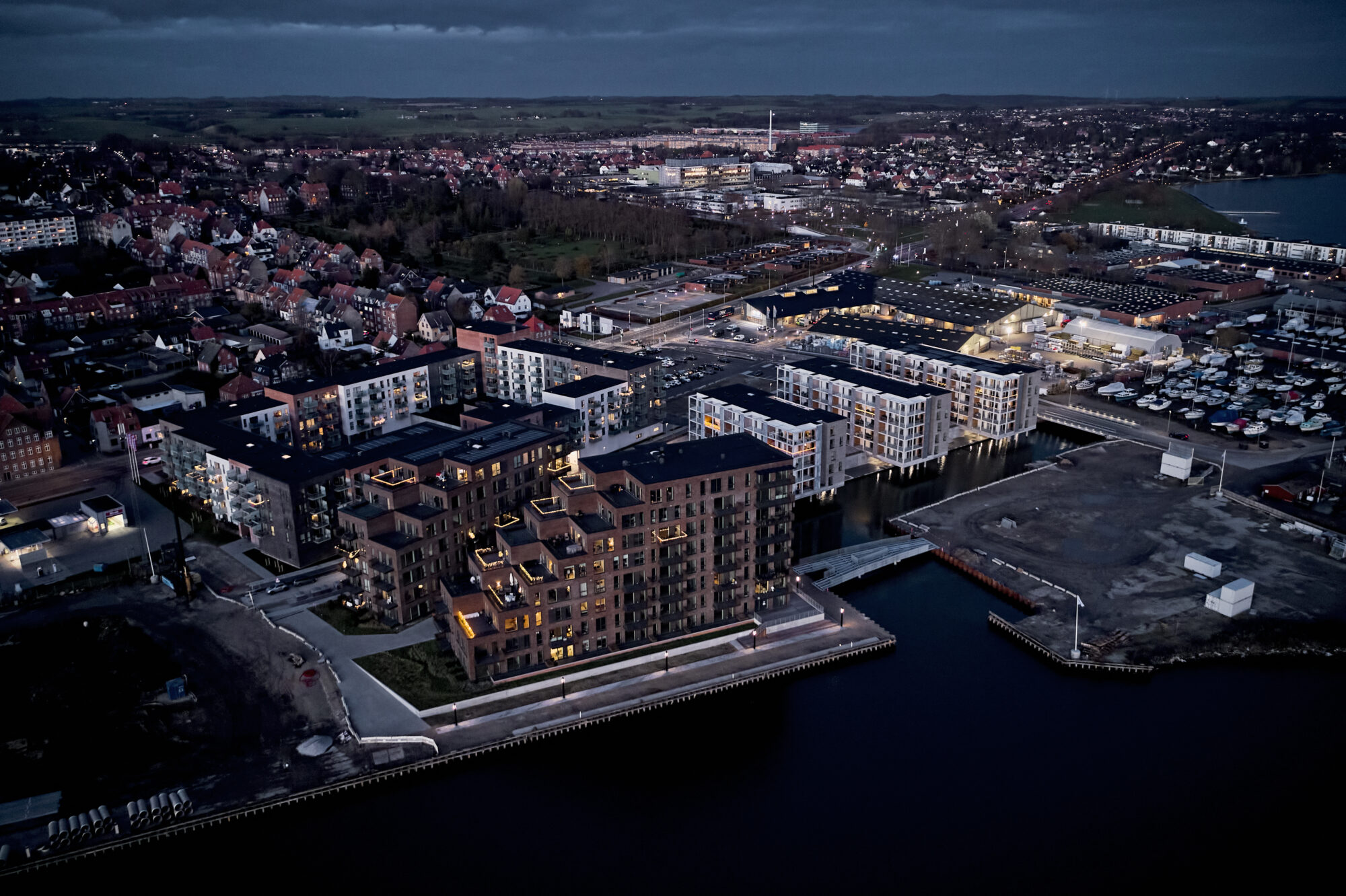 Reconnecting the town with its waterfront
The urban development area Jernlageret at the North Harbour in Horsens will bring the city closer to the harbour and the harbour closer to the city. In collaboration with OMJ Ejendomme A/S and COWI, RUM has won the building rights for the development and construction of 75,000 m² of building for residential, commercial and shop premises at the threshold between Horsens Fjord and the city of Horsens.

A variety of features for a wide range of users

When the new urban area Jernlageret is ready in 2025, it will, amongst other things, accommodate a wide canal, diversified housing, recreational zones, businesses and supermarkets. The goal is to create a new, attractive district with mixed programmes for a wide range of people.

The new district consists of diverse buildings with distinctive identities and high quality architecture: The Karré House, The Canal Houses, The Harbour Houses and The Island.

The most important quality of the harbour as an area of urban development is its relation to the water. The water is a key element for the use and design of the new district, it is incorporated in the project across several levels and scales focusing on; the city’s contact with the water, accessibility to the water and water as a recreational element.

The development area is secured against storm surges by means of varied levels and the building of a raised plinth. Functionally, it solves both parking in construction and storm surge protection, but at the same time adds spatial qualities without compromising safety. Handling of cloudbursts and extreme weather are also conceived as recreational elements in the form of waterbeds and water channels for play and activity. 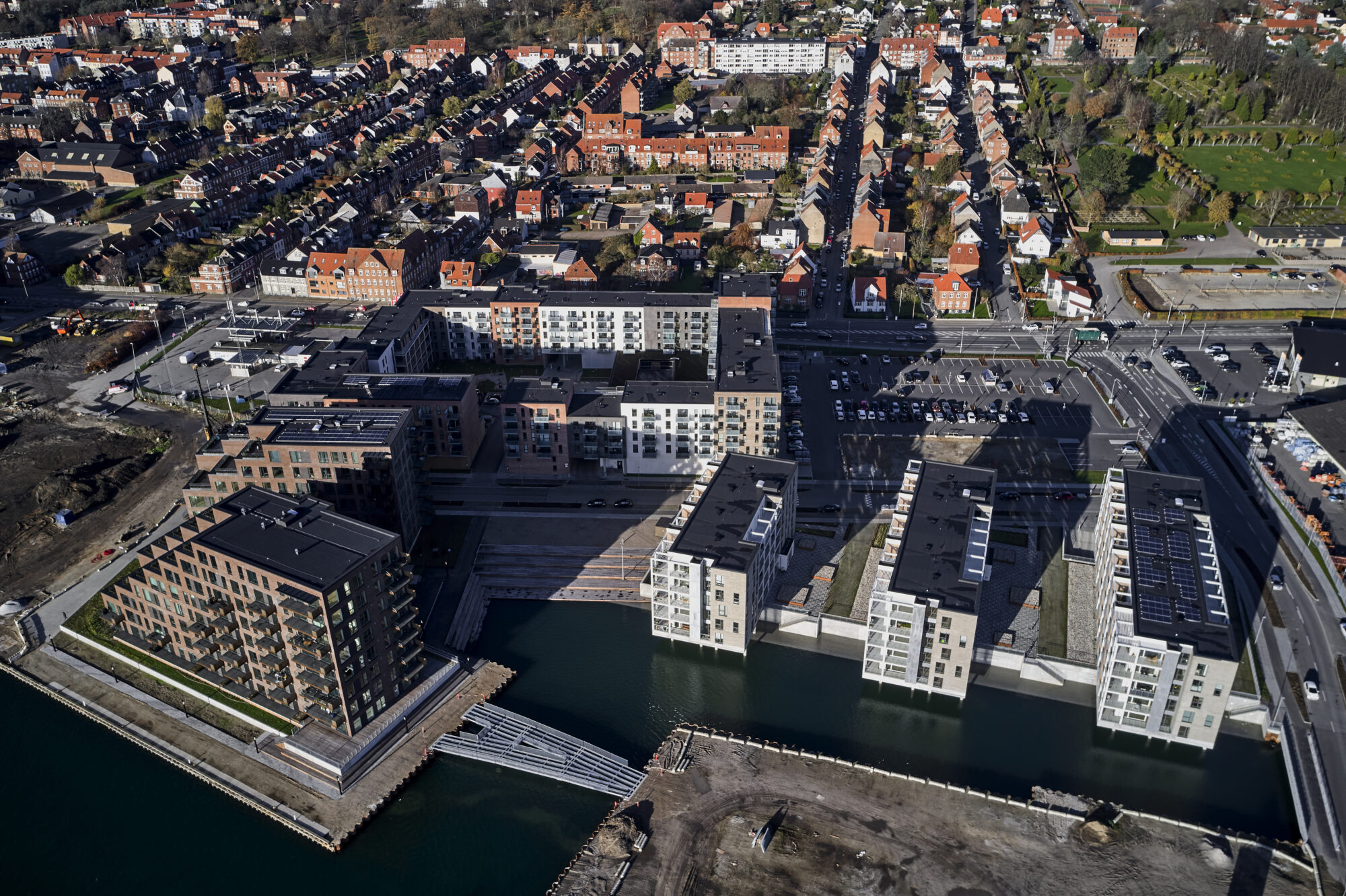 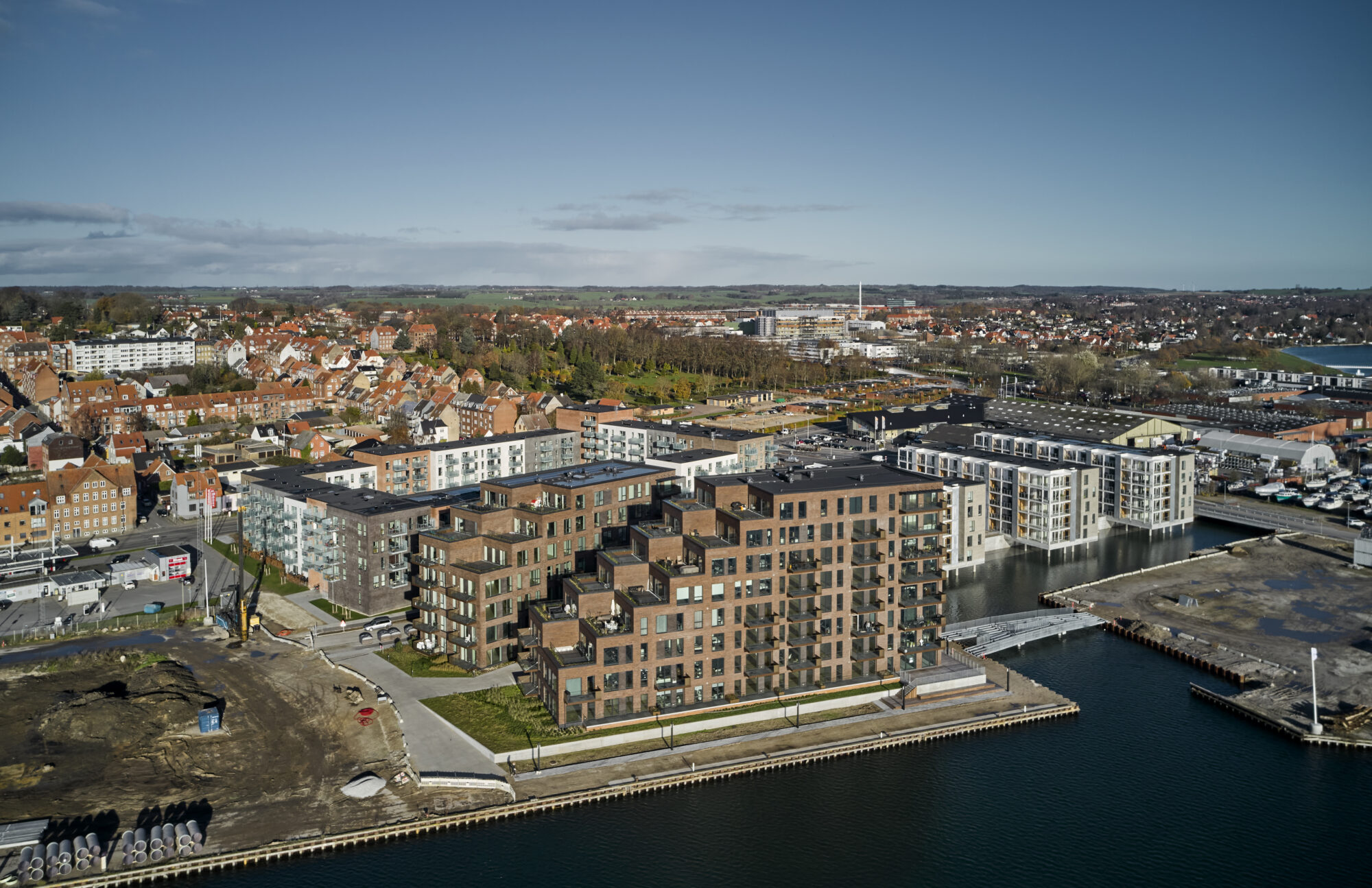 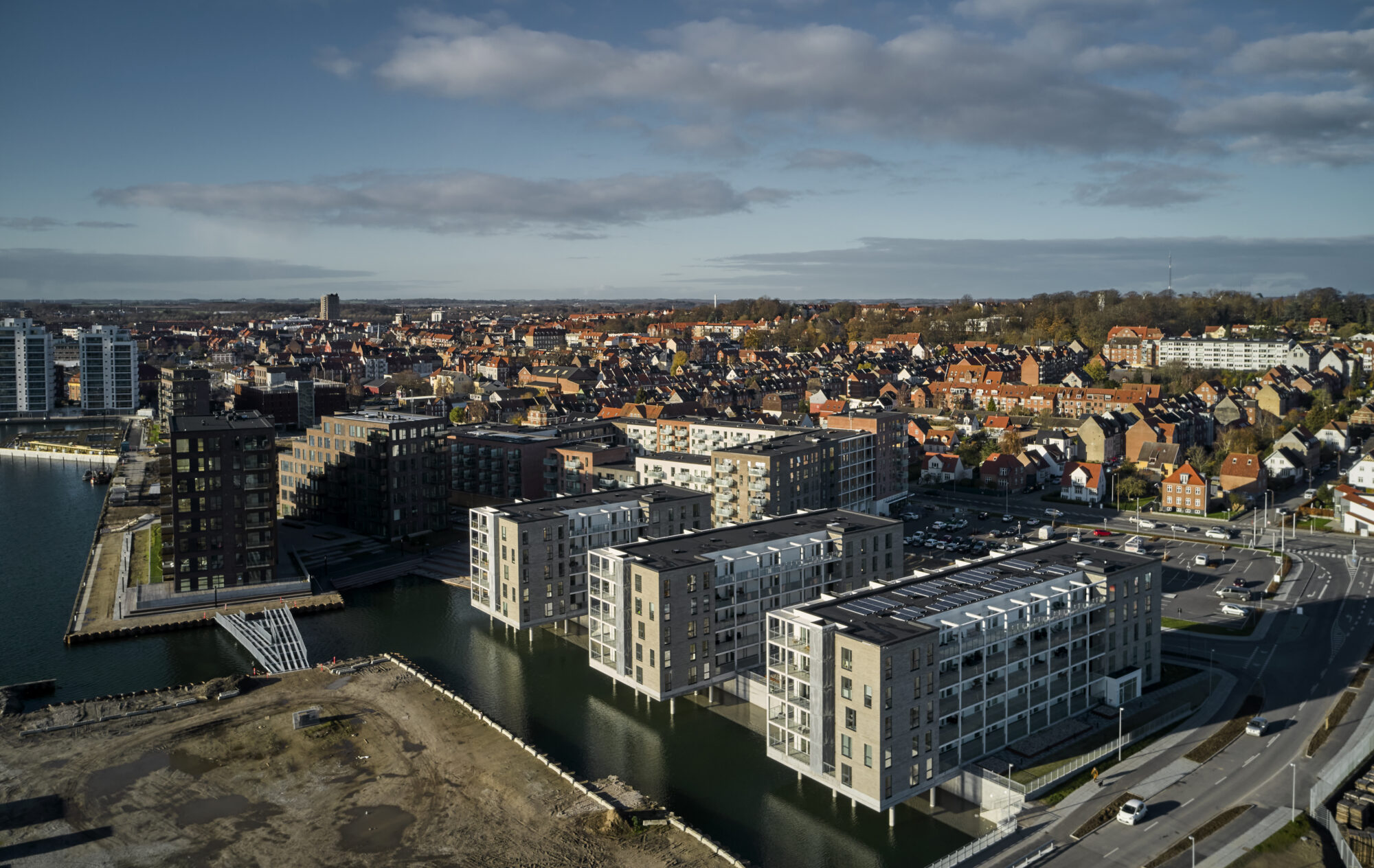 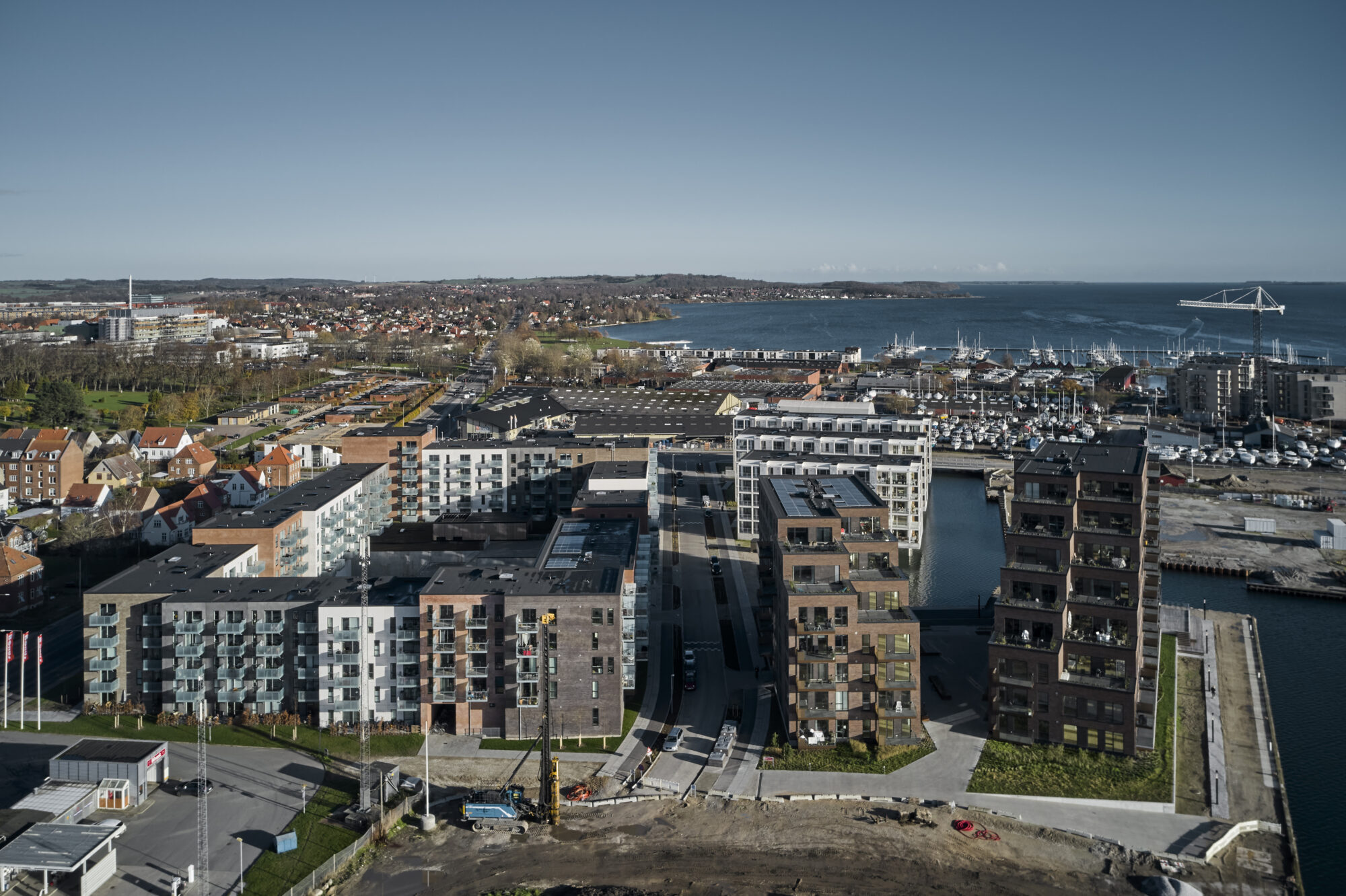 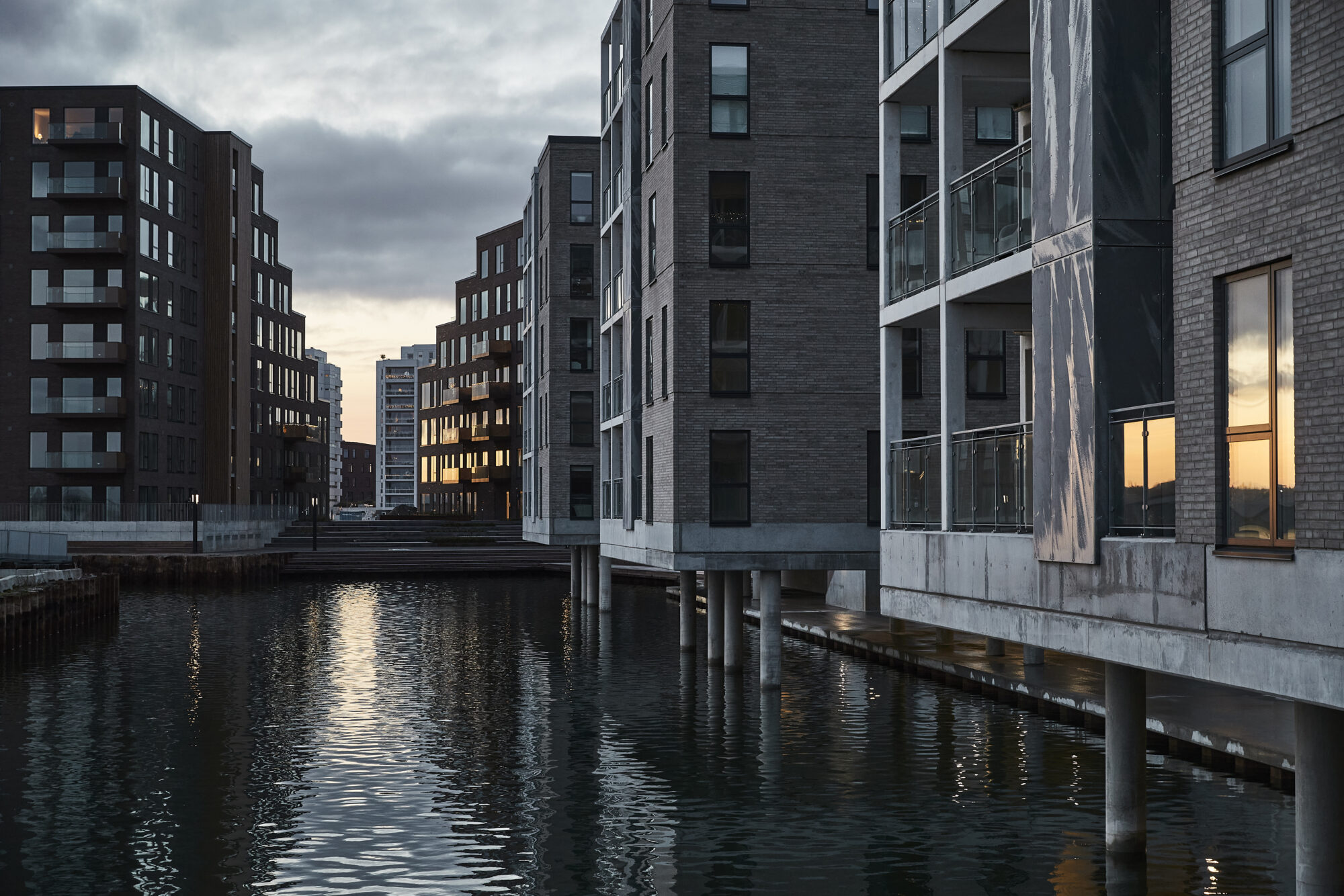 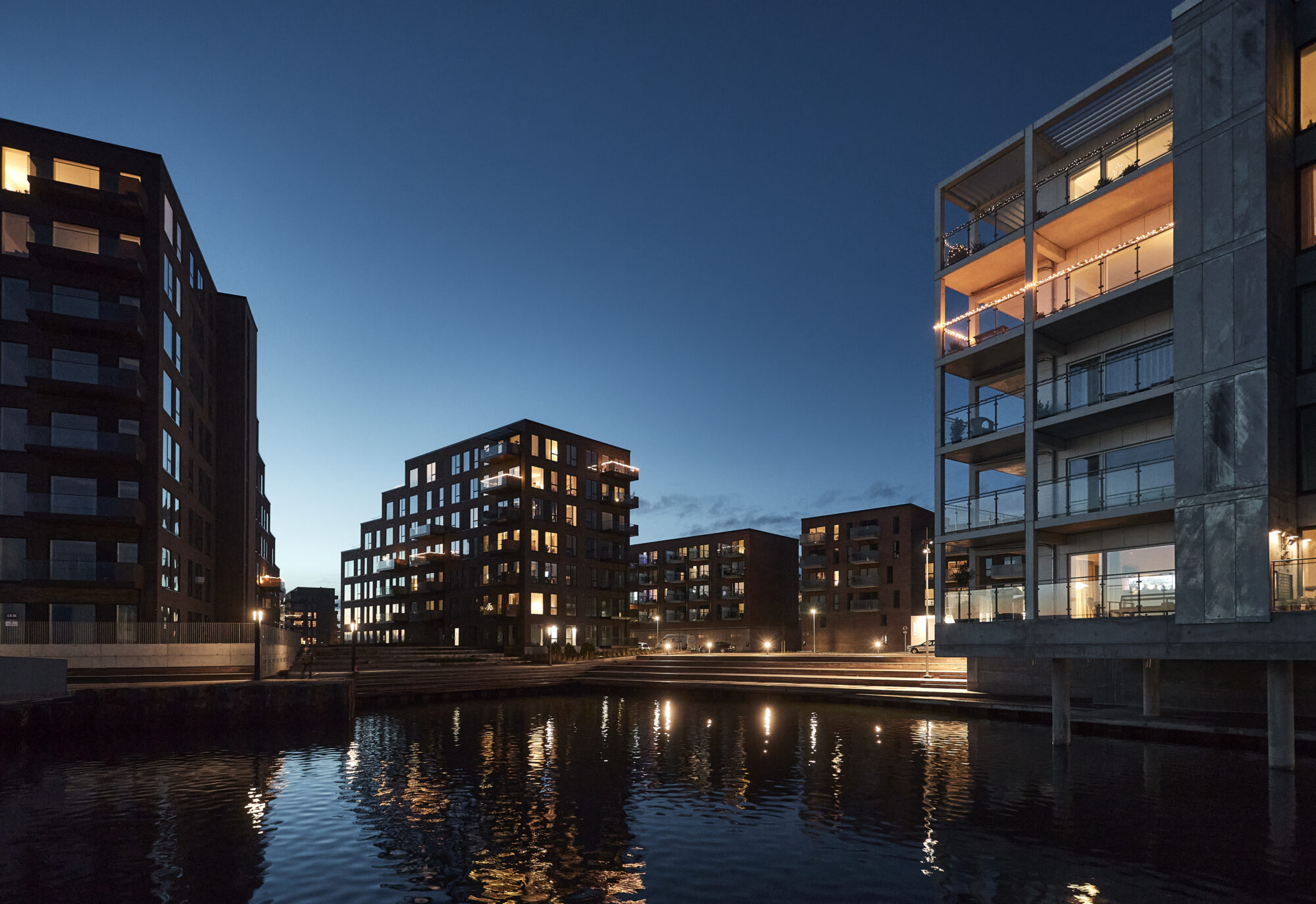 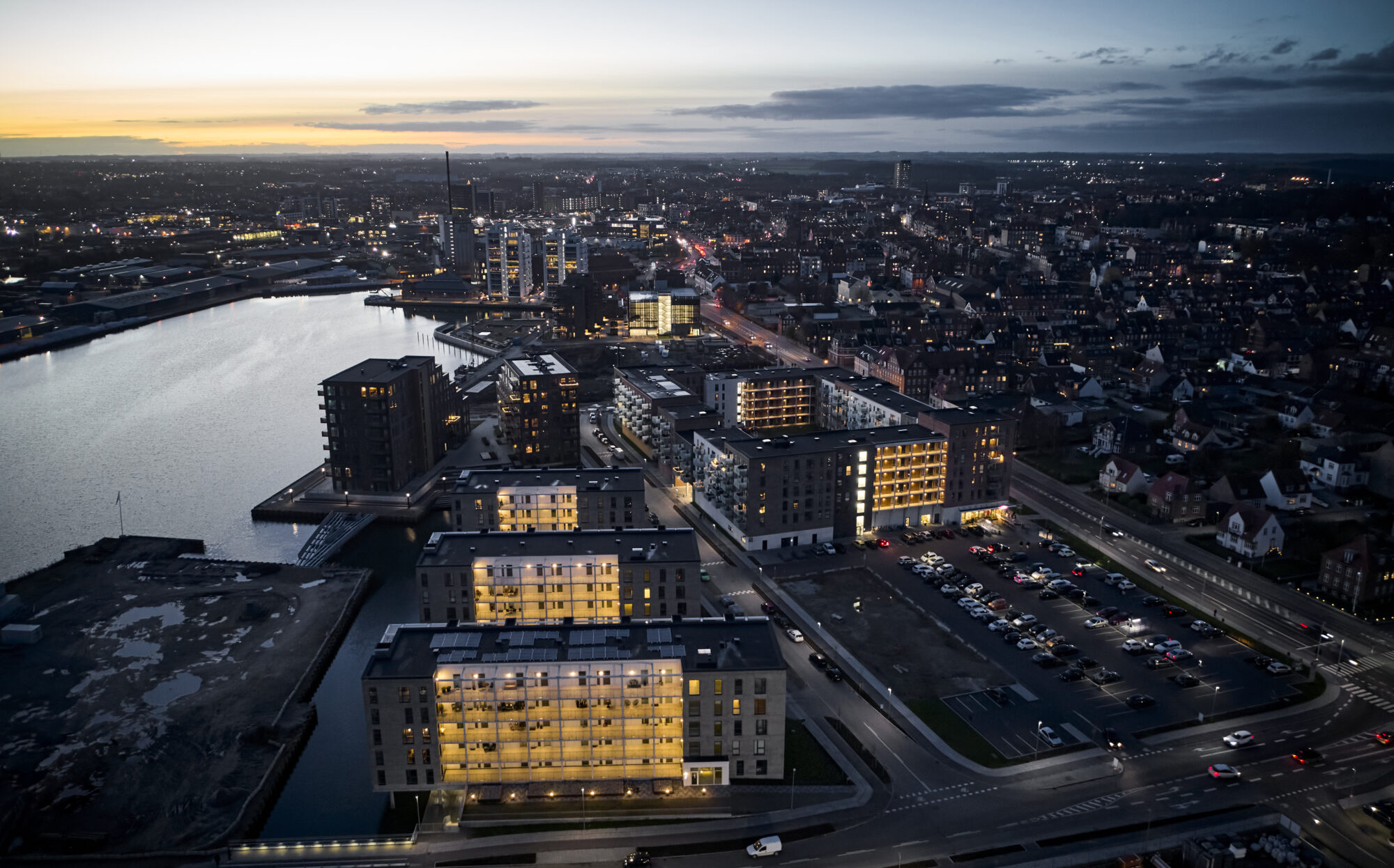